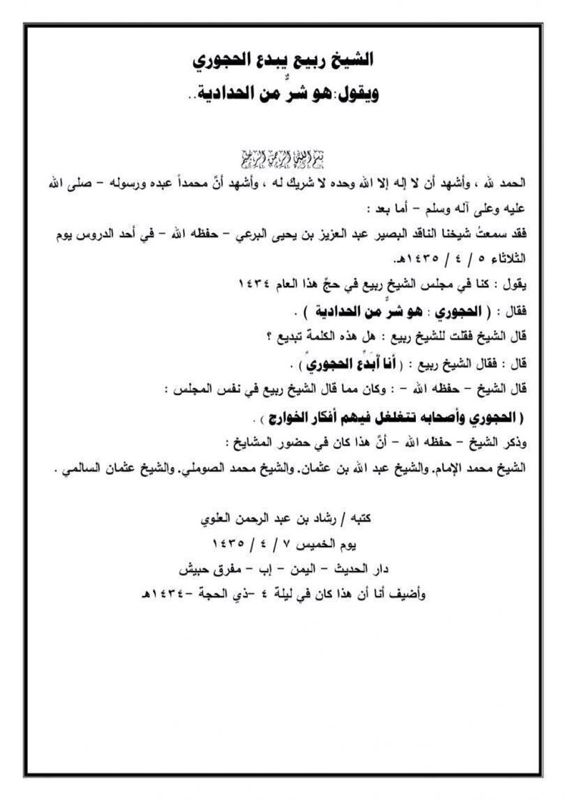 All praise is due to Allaah, I testify that none has the right to be worshipped but Allaah alone, without any partners. And I testify that Muhammad is His servant and messenger - may Allaah make mention of him and his family with praise and send salutations of peace upon them, to proceed:

Then I heard our Shaykh, the insightful criticiser, Abd al-Azeez bin Yahyaa al-Bura'ee - may Allaah preserve him - in one of the lessons on Tuesday 5/4/1435H saying:

The Shaykh (al-Bura'ee) - may Allaah preserve him - said: And from what Shaykh Rabee said in the same gathering was: "The ideas of the Kharijites have penetrated Al-Hajuri and his associates." And the Shaykh (al-Bura'ee) mentioned that his was in the presence of the (following) Shaykhs: Shaykh Muhammad al-Imaam, Shaykh Abdullaah bin Uthmaan, Shaykh Muhammad al-Sumaalee and Shaykh Uthmaan al-Saalimee.